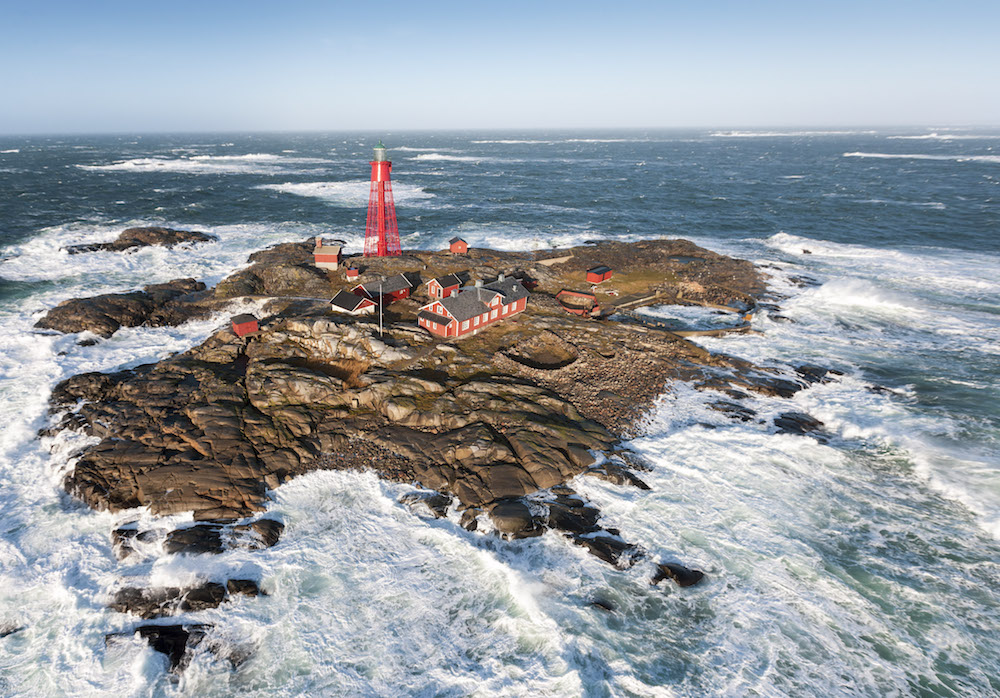 For centuries, the tiny and remote island of Hamneskär on the west coast of Sweden has been feared for its extremely hazardous waters. Sailors and fishermen would often read The Lord’s Prayer, or Pater Noster in Latin when ships approached the dangerous reefs around it. That’s why, when in the late 19th century, a lighthouse and a house for its keeper were built on the island, the lighthouse was called Pater Noster as a tribute to the seamen’s prayers. For over a hundred years, the house would shelter generations of lightkeepers who braved the extreme conditions on the barren island and called it their home.